Identify and prioritise actions to emerge from the current global disruption faster and stronger than your competitors.

Ask Avanade Advisory: Acting boldly to emerge from the slowdown faster than competitors

Less than 10 percent of organisations flourish after an economic slowdown, according to Harvard Business School research. The path ahead won’t be linear, so organisations need to identify and prioritise actions that both optimise operational resilience and position them for future growth. Tony Hinkley, senior director for Avanade Advisory in the United Kingdom and Ireland, joins podcast host Elizabeth Ebert to discuss how organisations can build a culture of curiosity and flexibility to respond to whatever comes next.
PLAY NOW 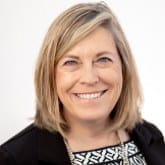 Elizabeth has 30 years of consulting and technology industry experience, including roles in management consulting leadership, business development, and as an industry analyst. 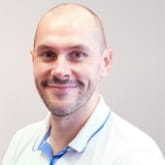 Tony has more than two decades of experience in IT and consulting, providing digital transformation expertise to large multinational companies across industries.