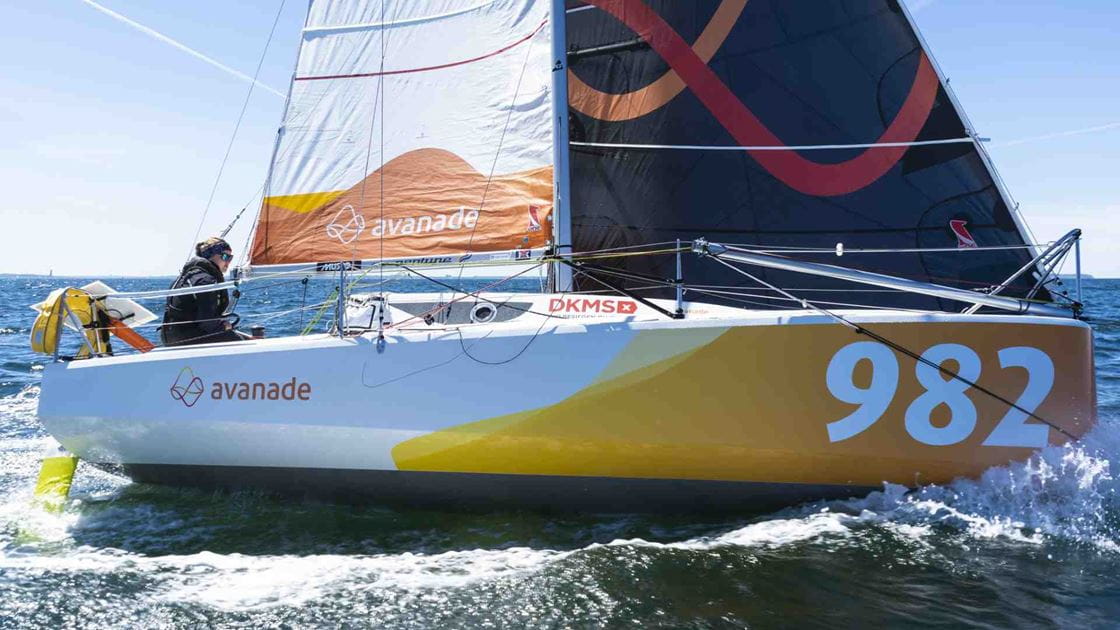 When Avanade joined forces with alnamic AG in 2019, we knew it would bolster our Microsoft Dynamics expertise, expand our footprint across Germany and benefit our company all around. To our delight, we also were able to continue alnamic’s sponsorship of Lina Rixgens, an elite German sailing champion.

Hers is an adventure in courage, passion and skill that inspires all 39,000 of us.

Still in her 20s, Lina has been a competitive sailor since 2004, when she was 10 years old. By the time she was 15, she had successfully participated in numerous major international regattas and championships, as well as several World and Youth European championships.

In an adventure few of us would dare even contemplate, her first long-distance high-seas sail was from Hamburg, Germany, to Central America and back. By 2017, she was at the starting line of the Mini Transat,  a premier solo transatlantic yacht race that starts in France and ends more than 4,000 miles later in Martinique in the Caribbean. After 18 days at sea, Lina was the 37th sailor to cross the finish line and the first German woman to ever finish the grueling regatta.

The Mini Transat is held every other year, and the countdown is already on for Mini Transat 2021, when Lina will be at the helm of her 6.50 class racing yacht, newly wrapped in Avanade orange and sporting her new number, 982.

Designed specifically to race across the Atlantic Ocean, the small Mini 6.50 class racing yacht is short and nearly half as wide as it is long. Its width provides enough stability that it can plane as fast as a motorboat and reach speeds of 25 knots. To meet the requirements of the Mini Transat race, it also must be able to right itself if it capsizes.

“Lina is devoting two years of her life to preparation for this race,” says Avanade executive Michael Schleuss. “She is building a great team to support her. That is what teams at Avanade do: We work together, we collaborate, we bring our best. Team performance, passion, commitment. That is what distinguishes Avanade from many other companies, and it is what Lina brings too.”

As if becoming a world-class sailor from the age of 10 isn’t enough, Lina also has completed her medical studies, a passion she is combining with her love of racing for the upcoming challenge.

“Until the start of the Mini Transat 2021, I also have another goal,” she says. “Together with the DKMS (German Bone Marrow Donor File), I would like to draw attention to the fight against blood cancer, and I would like to encourage at least 982 people to register as potential stem cell donors with the DKMS, analogous to my boat number.”

We’re confident Lina will reach her goal. And one thing is for sure: When she sets sail next year in the Mini Transat 2021, she won’t be going alone. She’ll be accompanied by the support of all of us at Avanade and sailing enthusiasts worldwide.