I felt a mixture of pride and excitement last month, as I officially opened the inaugural FUEL: Innovation, Leadership and Technology Conference, along with Dean Erik Rolland of Cal Poly Pomona Business School. It was a huge moment for me; the idea for the conference was hatched by myself and Dean Rolland back in January, so to see it come to fruition with such aplomb — and seeing how much fun and inspiration the students got from it — made it especially rewarding.

Hosted by Avanade along with Cal Poly Pomona Business School from June 17-20, the conference was attended by 110 students, who I am confident will be our leaders of tomorrow. The students included Avanade STEM Scholars from Cal Poly, New Jersey Institute of Technology and University of Washington Bothell, as well as Avanade summer interns (from 45 universities), and were welcomed in a video message from Pam Maynard, Avanade President of Product and Innovation (and CEO-elect) and Dr. Sylvia Alva, Provost of Cal Poly Pomona.

They were followed by further Avanade and Cal Poly speakers, who inspired the scholars with their deep knowledge of emerging technologies, the use of human-centered design thinking to drive innovation and building essential skills, as well as amazing team building, problem solving and communication skills sessions.

A highlight of day one was a panel discussion with four former Cal Poly and NJIT graduates, who were also Avanade STEM Scholars, who have since chosen to start their career with Avanade. Barbae Marques, Nandita Chauhan, Kaythari Phon and Dikasse Zalle each shared with their fellow participants their experiences studying STEM and starting a career with a technology company. The students asked many questions of our future female leaders, and I could see they very much enjoyed their insights and engagement throughout the remainder of the conference.

Day two saw a number of fantastic and powerful panel discussions, held between leaders from academia, industry and government, sharing 100+ years of experience from business and academia, and again giving our audience an opportunity to ask questions and network with the prestigious guests. This multi-format approach enabled our students to learn through different formats and technologies including workshops, lectures, hands-on activities and even an innovation hackathon led by Avanade.

The hackathon, which has to have been my favorite activity, set a goal to address selected challenges faced by the social sector by bringing together the innovation power of Avanade STEM scholars and summer interns to create human impact and drive societal good.

In the run up to the conference, the scholars were asked to work in teams, to engage and co-innovate on a key social impact challenge (homelessness, hunger and wellness and obesity) provided by Avanade During the final session, each team got a chance to present their business solution or idea to a panel of judges made up of a number of our guest speakers.

The teams presented many fantastic, fresh and creative ideas and solutionsto address the fundamental challenges that society is facing today. I was especially impressed by the team that took home the People’s Choice Award – they tackled the issue of hunger by developing an app to enable college students to order cheap, healthy food or groceries to a locker on campus. Their application had an in-app currency to take out the stigma of paying for food using government aid, and established a network where students could make money to pay for their meals by making food deliveries for the app.

In addition to prizes and recognition for the top performing teams, two students were selected from Cal Poly to receive the Avanade People’s STEM Scholarship of $5,000 per student.

But we also wanted to get the students out and about! To ensure a rounded experience for our scholars, we arranged two site visits to Sony and software company Esri. We toured Sony’s facilities and engaged with a number of Esri female leaders, who shared their experiences, opportunities and challenges in a very engaging and inclusive way. We finished the week with Dodgers game inLos Angeles. I think our hosts at the stadium enjoyed the experience as much as the students!

The conference was a huge success and a fantastic way to celebrate the Avanade culture of innovation while building mindshare between our STEM scholars and summer interns. I came away feeling refreshed, having spent the week in such dynamic and inspiring company. I believe the students and scholars who attended also found it a very rewarding and inspiring experience — so much so, they have told us this should become a regular highlight in the STEM student’s annual agenda.

Cal Poly Avanade Scholar Tera Esver put it this way: “I want to thank you for your incredible leadership and motivation throughout the FUEL Conference. As you recommended, I pushed myself to meet someone new whenever I had the opportunity. Thank you for being an inspiration to women and leading innovation on a global scale.”

I love my job. Here’s to next year! 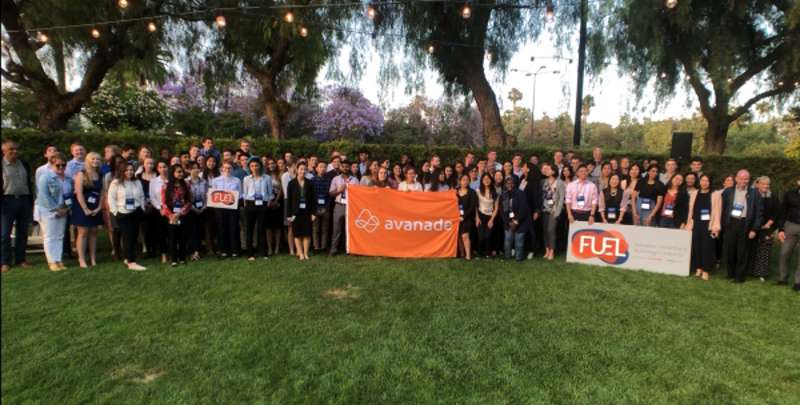