My name is Madiha Mirza, and I am a Senior Consultant in Avanade’s Minneapolis office. I am originally from Pakistan, where I grew up before coming to the United States as an undergraduate student at the University of Minnesota.

Growing up in Pakistan, my introduction to the United States was through Hollywood movies, American celebrities, TV shows, pop music, cartoon characters, board games, comic books, cowboys, NASA, US Presidential Elections and news articles about America’s role in South Asian politics. In secondary school, I had the opportunity to learn about American history, the existence of slavery in the United States and how it played a central role during the American Civil War, Emancipation Proclamation, Pearl Harbor, Civil Rights Movement, Women's Suffrage, Four Waves of Feminism, and the Cold War. It was an assignment about ‘Influential Leaders who Transformed the World’ for my Global History course that introduced me to Dr. Martin Luther King Jr. and the legacy he created in the fight for equality, not only for African Americans, but for marginalized people across the world.

The first time I listened to Martin Luther King Jr.’s famous speech, "I Have a Dream", I marveled at his eloquence. What a gifted orator! What an immensely electrifying and powerful speech that changed the hearts and minds of a divided nation. The more I listened to his words, the more motivated I became to learn about his vigorous leadership that moved millions to fight for dignity, respect, and equality for all. Many leaders have given inspiring speeches, but Martin Luther King Jr.’s words made history. I enjoyed listening to his most impassioned speeches and loved his words about kindness, forgiveness, courage, love, and unity. I found wisdom and inspiration in his powerful quotes like "The time is always right to do what is right" and "Darkness cannot drive out darkness, only light can do that. Hate cannot drive out hate, only love can do that."

However, as a Pakistani, I didn’t understand the extent of racial inequality Martin Luther King Jr. was addressing until I came to the United States. Last year, we saw an increase in injustice, oppression, and violence towards African Americans and Asian Americans. We also witnessed an unprecedented uprising of citizens in the fight for social justice. Amid the social upheaval, the words of Martin Luther King Jr. remain more relevant than ever.

Martin Luther King Jr.’s language of peace, his inspirational words, and nonviolent direct action hold immeasurable power to resonate globally and guide the millions who stand up for freedom, social justice, and equality. The life and work of Dr. Martin Luther King Jr. is a testimony to the fact that even in the face of vicious hate, positive change is possible.

This year, MLK Day comes at a time of intensifying racial polarization, increasing political division, widespread human rights violations, and amid a global pandemic. But Martin Luther King Jr.’s dream lives forever in the hearts and minds of people everywhere. Ninety-three years after his birth on Jan. 15, 1929, I pay tribute to a remarkable leader whose pursuit of dignity and respect for all helped shape a vision of America as a country where all people can live and work together irrespective of race, color, or creed.

It is hard for one person to change the world, but when millions of people work together, they can make a big difference. Now is the time for all of us to work together to advance the dream Dr. Martin Luther King Jr. entrusted us with. We can honor his life and legacy by standing for justice and peace, helping others, fighting for what is right, and working to change what is wrong. We must stand together and remain united to achieve the dream of equality for everyone, because in Dr. King’s words, "Our lives begin to end the day we become silent about things that matter." 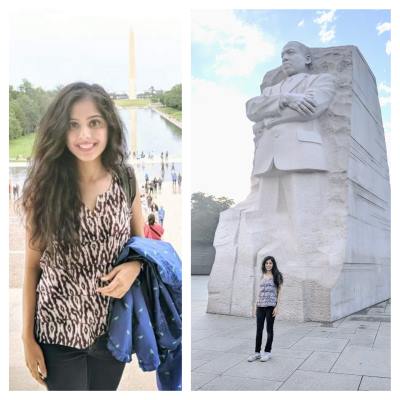