IDAHOBIT reminds us to raise our voices against hate

Each year on May 17, we recognize IDAHOBIT, the International Day Against Homophobia, Biphobia and Transphobia. As it says in the name, fear of the LGBT+ community remains prominent in our global society. IDAHOBIT's goal is to raise awareness of the discrimination and stigma the community faces, stimulate dialogue and stories from the community and allies, and shine a spotlight on LGBT+ rights and equality across the globe. The May 17 date was chosen to commemorate the World Health Organization's decision in 1990 to declassify homosexuality as a mental illness. WHO took a similar action in 2018, declassifying being transgender as well.

We want to take this opportunity to reiterate Avanade’s global commitment to an equitable environment for all our employees and all who engage with us. We value all voices regardless of identity. Our culture is rooted in the idea that diverse perspectives, ideas and experiences make us a better company. In the words of our CEO, Pamela Maynard: "It broadens our horizons and challenges us to think differently."

A few of our employees from around the globe share their stories as they reflect on IDAHOBIT. 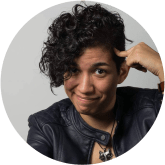 As a lesbian woman born and raised in Mexico, I experienced discrimination simply because I was perceived as “different.” From gossip saying that I looked for women to corrupt (I wish I had been such a femme fatale!), to betrayals from “friends” and organizations that claimed to promote love and cooperation. On top of that, I was sometimes mistaken for a man because of my short haircut and height, and I was even kicked out of a mall just because I was holding hands with my girlfriend.

I don’t blame those people for being ignorant at the time, but I do when they choose to remain so. Being your authentic self is often difficult. Being a homosexual person or not, people around you will judge you at times, as if they had a say in how you live your life – which they do not.

Let’s instead keep being authentic. Let’s stay educated and respect others, and let’s not forget about days like IDAHOBIT. We should not “commemorate;” we should “raise our voices” to remind the world that we are here and that we deserve the same love and respect that we also give back.

Everyone has to do their part 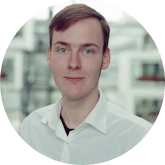 Deep down, I’m still homophobic – it stems from my upbringing. When I see gay couples on the street, sometimes I judge them before I can snap out of it, and it feels terrible.

Where I grew up, the term “gay” was used to make me feel separate and less worthy. I didn’t like football as a boy – “That's so gay!” I enjoyed school and was a little socially awkward – “What a fag!” It was something I tried to avoid being labeled as, and something I avoided encountering. That kind of culture is a breeding ground for self-hatred and isolation. My peers aside, grown-ups were equally clueless; many of them ignorant, some outright hostile. From “they shouldn’t kiss in public,” to whispering “do you know this and that guy? They never had a girlfriend,” to stupid jokes – it was not an environment that makes a teenager wake up one morning ready to “own” this identity.

Even many years later, terms like “queer” or “gay” trigger mixed feelings in me. On the one hand, they remind me of my past, whilst on the other they connect me with people who experience the world similarly and who think like I do, and it gives us something we can rally around to demand or defend our rights. They’re also the words I have to program into Netflix, Tinder or Google if I want any visibility and representation, because the default rom-com, wedding cake or dating site is still “him and her,” making people like me feel invisible.

I know times are constantly changing – and in many places for the better. Together, we all form society and our experiences impact it directly. I hope the children and teenagers of today and tomorrow don’t have to go through the same experiences I did. It means everyone has to do their part, just like I do mine.

Help others by speaking up 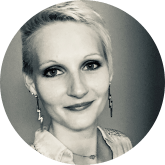 Everyone sees me as an ally of the LGBTQ+ community and that’s true. However, what most people don’t know is that I self-identify mostly with the Q+ part of the acronym rather than just as an ally. I feel queer in several areas of my life as well. I completely understand what it means to feel “out of sync” with other people. This mostly occurs subtly: For example, in those moments when you face a “Why?” and you scramble to explain yourself properly. There’s simply this feeling this is how it should be. You try and try to explain, but unfortunately it’s not enough for those other people; your explanation doesn’t fit their expectations.

These experiences lead to disappointment and self-doubt. “I must be wrong,” you find yourself thinking again and again. You see, these types of experiences are not necessarily big things that ruin your life. They’re little things but they’re vicious because they happen frequently, and each time you’re forced to ask yourself about your own identity (Who am I? Who do others think I am? What do they expect me to be? Will they continue to appreciate me?).

The truth is that you’re far more than just this, so don’t mind being yourself. And don’t be afraid to speak up because whether you know it or not, it can help someone.

*LGBT+ is an abbreviation that refers to people with diverse sexual orientation, sex or gender identity. They include lesbian, gay, bisexual, transgender and intersex people, and other sexuality, sex and gender-diverse people, regardless of their term of self-identification. The abbreviation can vary and can include additional letters, such as I (intersex) and Q (queer/questioning) or even appear in a different order (e.g., GLBTI).