IDAHOT: Two employee reflections on the past, present, and future

International Day Against Homophobia, Transphobia and Biphobia is a commemoration of the World Health Organization’s decision to declassify homosexuality as a mental illness in 1990. Last year on June 18, the World Health Organization officially made the historic decision to declassify being trans as a mental illness as well. Today we celebrate these important steps and look towards the future as we continue to find new ways to fight for equality and acceptance for LGBT+ people.

We all have a different story to write and to tell. What’s your story? What have you experienced? Each story is impacted by so many elements – geography, politics, family – the list truly has no end. We want to use this year’s IDAHOT to foster conversations that highlight issues of equality that matter to you.

Two of our Avanade employees reflect on their experiences.

As part of the Argentinean LGBTIQ+ community, we’ve been through a lot in the past decade. From the marriage legalization law in June 2010 (which made us the first Latin American country to achieve this at a national level) to the gender identity law in 2012 (which ensures all people in Argentina have the right and recognition of their chosen gender identity). We still have a long way to go, mainly because my country is a very hetero-centric and patriarchal society, but we’re getting there, step by step, and heading in the right direction.

On a personal level, I started working at Avanade three years ago and I was truly impressed with how the LGBTIQ+ inclusion and diversity theme was approached globally in this company. There is a lot of freedom and respect to be who you are and that’s super valuable. Also, you have access to the tools that will help you be a better ally and be part of the change. In an age where technology equals information, a lot of trainings, meetings and events, articles (this one particularly helped me a lot), and books are available for you to educate yourself and spread the word.

I have to admit that not only am I extremely lucky for being with the person I love in my personal life, but I also have joy in being part of one of the most inclusive and diverse teams in a professional level, where we can foster a culture of inclusion, where we can learn from our experiences and our differences, and, most importantly, where we can be ourselves and be happy. 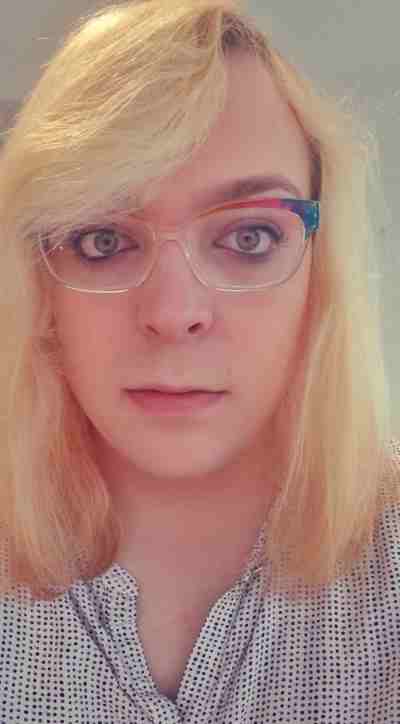 But we still have a long way to go
By Evelyn Hagan, Software Engineering, North America

When I first came out as nonbinary, transfeminine and a lesbian in 2017, I was terrified I would not be accepted by my friends and community; growing up in the ’90s, I was constantly bombarded with gross caricatures of transgender people in the media. To my surprise, however, my friends, family and the LGBT community organized to provide a space where I felt safe and accepted. Here at Avanade, I have experienced a wonderful amount of respect. People to whom I have disclosed my transgender status have been nothing but accepting and kind, and I feel like I’ve been given many opportunities to educate those who wish to better understand my experiences as a transgender person.

In 2018, many in my state fought a long and hard battle over Question 3, a ballot question to repeal anti-discrimination protections for transgender individuals in Massachusetts. Over many grueling months members of the LGBT community, as well as our straight allies, rallied together to help prevent the measure from passing. In the end, we were successful in keeping these protections on the books. Big wins for LGBT rights like that aren't insignificant by any means, but what some allies may fail to understand is that in the interim, there is more they can do to help. Fostering an inclusive and accepting environment when there aren't big legislative battles on the horizon is equally important. When social homophobia and transphobia remain unchallenged, malicious people are allowed a space where they can recruit others and feel comfortable spreading hate.

While we as a community have come a long way in securing rights and acceptance, we still have a long way to go. Nonbinary transgender people like me, gender nonconforming people and other people who don’t fit neatly into one box or another struggle to navigate gendered spaces, often feeling pressured to conform one way or another. Gender-neutral language like they pronouns, the Mx. honorific or nonbinary gender options are often overlooked in favor of a binary view of gender, and many of us have our identities erased. Another important step moving forward is for allies to be more willing to speak up when they see a transgender person getting misgendered.

IDAHOT, a day rooted in historic significance, provides us with an internationally recognized moment to celebrate our diversity, discuss the progress of global rights, and draw attention to discrimination that the LGBT community has faced and continues to face across the world. It offers us a time to share what we’ve seen, what we’ve heard and what we’ve experienced – both the beautiful and the ugly.

In recognition of this year’s International Day Against Homophobia, Transphobia and Biphobia we ask you to share these stories, and to share your own story and issues that matter to you on social media using #IDAHOT2019.

*LGBT+ is an abbreviation that refers to people with diverse sexual orientation, sex or gender identity. They include lesbian, gay, bisexual, transgender and intersex people, and other sexuality, sex and gender-diverse people, regardless of their term of self-identification. The abbreviation can vary and can include additional letters, such as I (intersex) and Q (queer/questioning) or even appear in a different order (e.g., GLBTI).