Proud to be heading in the right direction: A reflection on Pride Month

It is with pride I contribute to Inside Avanade, especially right now as June is Pride Month (celebrating LGBT+ progress and accomplishments in the workplace and beyond) and marks the 50th anniversary of Stonewall Uprising, when a police raid on New York's Stonewall Inn sparked riots by the local LGBT+ community that lead to the gay rights movement.

Let me introduce myself: I am a Senior Legal Counsel supporting UK & Europe. I am an LGBT+ and Mental Health ally. I am gay and have been with my partner for 19 years, and married for just over 10. Living in Oxfordshire and commuting to London for work give us a great balance of city and more rural life. We have a passion for travel, and it is noticeable how different things are across the world when it comes to rights and social views on being gay. It is a real eye opener, seeing and comparing just how far we have come in the UK and how it is a place where I can be proud of who I am, my partner and our relationship.

I look back at the progressive changes that have occurred in my lifetime. Homosexuality was decriminalized in England and Wales the month I was born. However, progress has never been without its setbacks, as Section 28 of the Local Government Act 1988, a divisive law that prohibited the “promotion” of homosexuality in schools “as a normal family relationship” was passed eight years later. I was personally affected by this law – bullied and attacked at school for being gay – with the school then powerless to act. Fortunately, on June 21, 2000, this law was repealed, and now I am glad to say children can grow up without experiencing state-sanctioned prejudice I and others had to.

There has been steady progression of legislation to protect the rights of LGBT+ people, including equalizing the age of consent, protection against discrimination in the workplace, the right to serve in the military, protection against hate crime, culminating initially in the right of same sex couples to marry – something that our parents were keen for my partner and I to utilize, allowing us, very happily, to marry.

Social attitudes in the UK have changed considerably during my life and although there is still progress to be made, we are heading in the right direction at speed. In my early career it was best to remain silent and closeted in work so as not to impact promotion and perceptions. This pressure has lessened over the years to the point now where it is not an issue at all.

One of the reasons I joined Avanade was our culture of diversity and inclusion and being encouraged to be yourself at work. Don’t just take my word for it: In the Avanade UK&I ALLI employee survey, 86 percent reported feeling comfortable being yourself at work. This extends to inclusiveness, and being able to be your authentic self, which is important to ensuring people can do their best work.

Avanade cares and is here to support us. We want everyone to be their authentic self at work. We support an LGBT+ friendly workplace and have many initiatives which underscore this commitment. Since Avanade's inception, our global policies have been fully inclusive of LGBT+ employees including benefits and programmes. Avanade provides inclusive non-discrimination protection for LGBT+ employees regardless of geographic location – often greater protection than provided by local law.

I encourage you to get involved, openly confront prejudice and bias, or even take a few moments to simply learn – whether it’s how to be an ally or about the community itself – and ensure we grow as an inclusive and diverse community where everyone feels comfortable being their authentic selves. 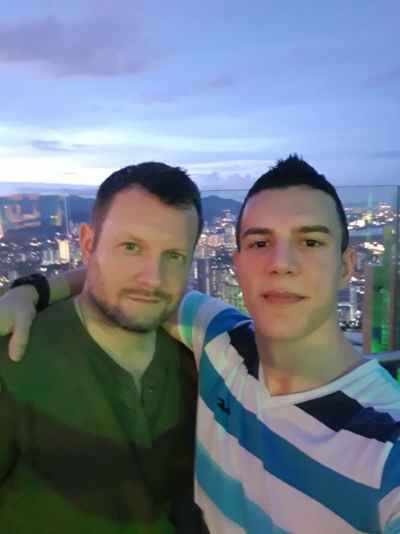