How you can help your LGBTIQ+ colleagues feel safe 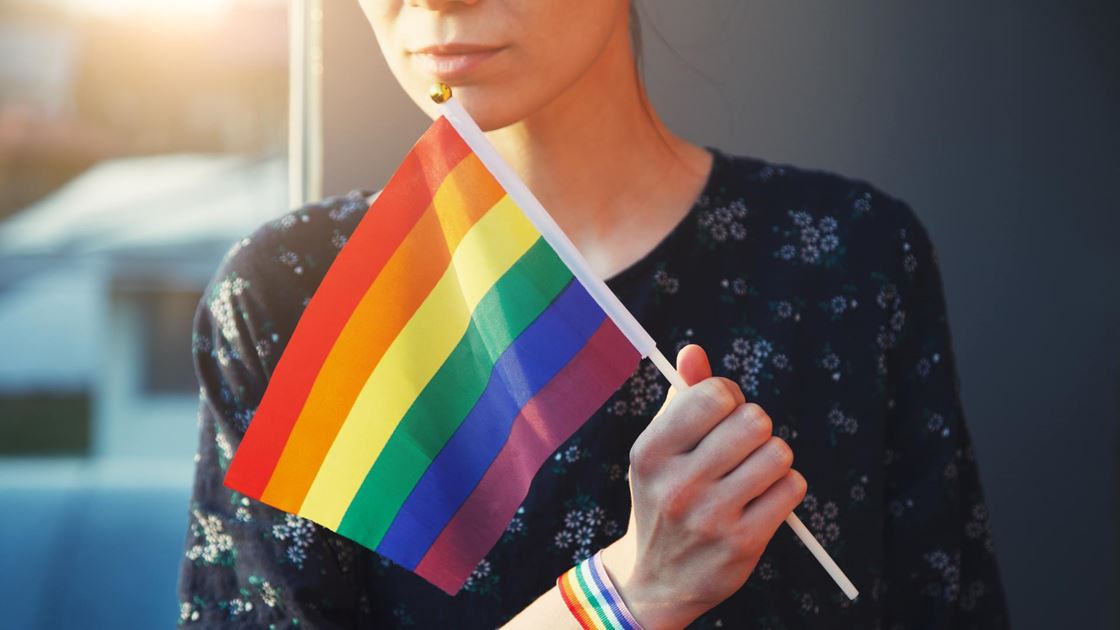 When we’re not in the midst of a pandemic, every Thursday evening, I go out for a drink with my “basketball girls” from our LGBTIQ+ sports club to celebrate a successful training. Being able to share stories about everyday life and not just be tolerated but understood is a feeling that’s so natural for heterosexual people that they’re not even aware of this privilege.

One night, we shared coming-out-at-work stories and I was shocked. Most women claimed they don’t want to risk talking about their same-sex partners at work. To be fair, I’m hesitant about outing myself at work every time I start a new job too. But not outing myself at all? My inner activist couldn’t live with that.

As a data analyst I was curious about the numbers. According to a German study, only 12% (!) of all homosexual people are “out” at work. Is it my millennial naiveté that makes me think this shouldn’t be an issue anymore in the 21st century? I hope that all (heterosexual) readers are shocked about this number as well. Maybe you think “everybody should love who they want” or “live and let live.” But if that kind of thought, that passive tolerance, were enough, more than 12% of all homosexual people would be willing to “risk” being their true selves at work, wouldn’t they?

The long road of LGBTIQ+ activism

To understand why the remaining 88% are afraid of being discriminated against because of their sexual orientation, allow me to give you some context: Until 1990 the World Health Organization classified homosexuality as a mental illness. Thus, many of my basketball team colleagues grew up thinking something wasn’t OK with themselves. Only in 2003 could you legally found an LGBTIQ+ club in Austria. Thus, my LGBTIQ+ sports club, which was founded in 1996, had to be closeted for seven years. And only in 2015 were lesbian women allowed to have children by artificial fertilization. At that point, one of my team colleagues was already over 40 and every attempt to get pregnant failed. The humiliation and powerlessness you feel when you are taken the chance to have children, because people assume you’re a bad, unloving parent based only on your sexual orientation is simply inhumane. Especially if you think about how many aggressive heterosexual parents are out there.

I was born in 1993. Around 2007, I first realized I was attracted to women and in 2015 I finally came out to myself. One can see that it wasn’t an easy process for me either to accept the homosexual part of myself. But while I’m doing research on LGBTIQ+ activism and its accomplishments, my basketball team colleagues witnessed it firsthand. Unfortunately, not only the success stories, but mainly the long period of discrimination, humiliation and frustration. Today I enjoy many legal rights that their generation fought for while I was still in my infancy and even before that.

Keeping all that in mind, it’s understandable why the older LGBTIQ+ community is afraid to come out at work. Politicians and society have been treating them as second-class citizens all their lives. The recent legal accomplishments for the LGBTIQ+ community were important and necessary, but they don’t heal inner wounds; they don’t make up for the violated dignity and they don’t change society’s perception of homosexuals as “unwelcome strangers” which has been built up for years.

Stand up for your fellow human beings

Even though most people in my life know I’m gay, more than once, someone has mentioned the word “gay” in a negative, demeaning context while I was present. Given how long homosexuality has been viewed by society as something negative, I think the fear of coming out is quite understandable. And if even I, a 26-year-old millennial, sometimes feel nervous about outing myself, just imagine how hard it must be for older LGBTIQ+ people, who have been confronted with even worse discrimination all their lives.

I am aware of the fact that I cannot change homophobic views (yet), but if this post triggered sympathy in you and you think that everybody should be granted the right to be their authentic selves, then please actively show it. Talk about this blog article to your colleagues who are out, but also to your (presumed) heterosexual colleagues; actively talk about your opinion on this topic; stand up for your fellow human beings and actively show them they can feel safe around you. Because some things are not as obvious as they seem. The same applies for your personal life.