Want to intern at Avanade? Be fearless and ready to learn

Prior to joining Avanade, it was not uncommon for me to be confronted with misgivings about my academic pursuits in technology particularly related to my gender and ethnicity. When I was first prompted to apply by UX Design Analyst, Ali Heston, for the Avanade user experience (UX) design intern position I was, admittedly, nervous about diving into the consulting and technology field. Though I’d had limited previous experience in consulting with nonprofit organizations, I had no clear understanding of how UX design could be implemented in consulting. However, the standout concern for me was who I was fundamentally—an ethnic woman. Being a designer, I’d learned that, when in doubt, research helps. Seven letters later, the first search result announced that Avanade had been named a “Top Company for Women Technologists.”  That single search catalyzed hours of research on Avanade’s equity for all ethnicities, genders, orientations or preferences. I found myself watching countless interviews through the Avanade YouTube videos about our employees, CEOs and projects. Suffice to say, it was love at first ‘site’.


When I walked in on my first day on the job, the typical first day jitters were dwarfed by an overwhelming sense of awe. Not only were the technologies incredibly intriguing, but the orange decor made me feel like I'd finally made it. My feelings of insecurity quickly dissipated as fellow UX designers, visual designers, developers, data analysts, human resource managers and interns had stopped in the midst of their tasks to introduce themselves to me. Regardless of their talent community, people had come to not only see me, but to inquire about who I was, what my skills and interests were, and how I might be able to help them in their own pursuits. At that point, I realized that my role would never be considered superficial and that I was actually part of a community which embraced not only who I was, race and gender included, but what skills I could offer. In short, coming to the studio in some ways felt like coming home. I had a place where I belonged. 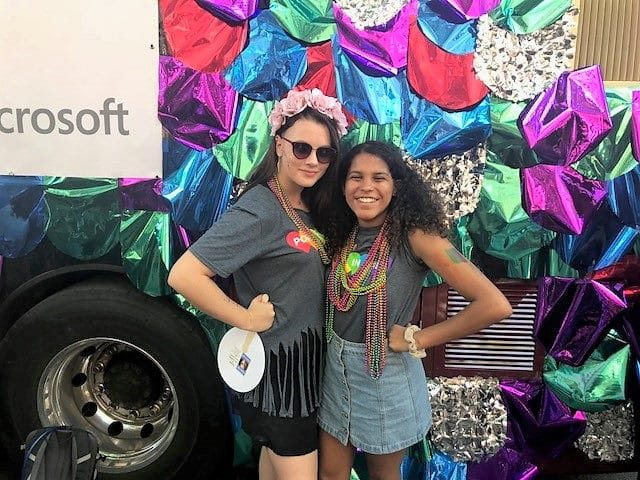 If I had to give anyone seeking an internship one piece of advice, it would be to be fearless because there’s nothing to be afraid of as long as you’re willing to learn. Once you do that, you will enhance your technical skills in programs like Axure and XD and better communicate to both clients and colleagues. You'll see the hard work you put in produced and pursued. For anyone academically pursuing UX, you may have noticed that this is a rarity. I've been fortunate enough to participate in at least five projects involving web applications, chat bots, information architecture, wireframing and visual design all of which considered my input critical.

While Avanade is unique for its values and goals, the people that you’ll meet will teach you so many things about your professional identity, the design process that you go through and help you articulate your personal career goals. This experience has allowed to me enhance my understanding of a variety of industries as well as myself, and I honestly don't believe that would've happened to the degree that it has without my Avanade internship. I'm extremely fortunate, not just in having this opportunity, but that this internship experience has gone beyond simply completing a project. It has allowed me to understand the impact that both technology and I can have on enhancing the lives of others. Being part of Avanade has helped me become more imaginative and ambitious in all aspects of my life. The greatest lessons that I’ve learned are to love what you do and take each moment in stride. Not only will that open you up to developing both hard and soft skills, but you’ll come to enjoy each and every project despite its potential challenges. Your friends at home will be shocked to hear about all of the things you're constantly doing. Speaking of friends, you’ll make fantastic ones within your talent community. What more could you really ask for? 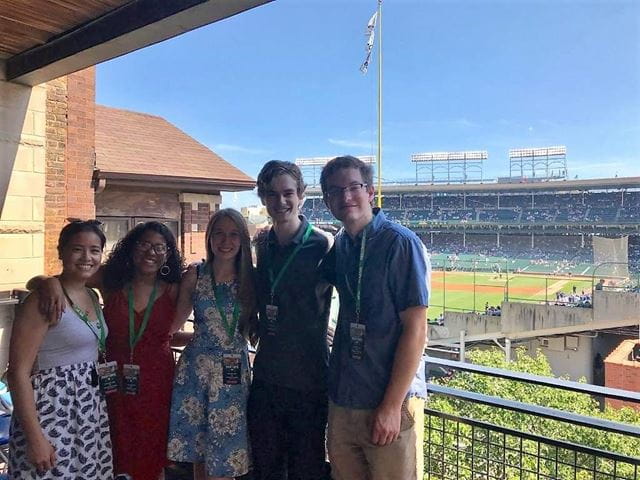