There are a lot of obstacles to climbing Mount Everest. First come the obvious – physical training, weather, altitude sickness, treacherous ridges that can cause falls. There are the setbacks that strain climbers’ mental fortitude.

But considering that it takes about two months to climb to the highest peak in the world, there’s an obstacle many might not think of: Do you have enough vacation time?

It was five years ago that Christoph Gauss set his sights on climbing Everest as a part of a larger vision to climb the Seven Summits – the highest mountain on each continent. He’s been mountain climbing since childhood and said he loves the challenge it presents. Climbing takes planning and execution to a new level, and Christoph follows through with a dedication many can’t fathom.

He planned to attempt the Mount Everest climb in April and May of 2018, but there was a hitch. In November 2017, he was interviewing for a new job as a Delivery Management Lead for Avanade. How could he ask for two months off just as he was starting a new job?

“Avanade said, ‘No problem, we trust you. You can have this sabbatical,’” Christoph recalled. “This was a really big investment in trust from Avanade’s side. And I had a strong team behind me at Avanade. I knew the team for only three and a half months, but I had confidence in them and they had confidence in me, so I handed over all my responsibilities and they took care of me for two months. It’s all about trust. What Avanade gave me was trust, and what I gave Avanade was trust.”

Darren Hardman, Avanade’s Europe President, shares Christoph’s love of climbing and said, “At Avanade, we often talk about wanting our people to feel inspired, confident and cared for, and Christoph’s experience is an example of those values being put into practice. Not only did he benefit from it personally, but we as a company benefit from having employees who pursue their personal goals with such passion, and we want to encourage that whenever we can.”

The exchange of trust with Avanade was similar to the agreement Christoph made with his wife and three children. Though his training (three times a week in the gym and full weekends practicing in the mountains every two or three weeks) took him away from them, they collectively agreed the sacrifice would be worth it.

“We agreed together that I should go ahead as this was my life-long dream,” he said. “But because I got so much out of this experience, I could give a lot of things back to my family: What are the real values in life? Never give up. Take care of people. Be strong in communication. This is what I learned and experienced with this expedition. So this is what I can give to my family and to my children, along with everything I had missed when I was investing in my training.”

Aside from the climb strengthening the bond with his family, Christoph said the experience has also made him better at his job. The same values he is now able to pass on to his children continue to inspire him in his role at Avanade. Strong communication, dedication and follow through on an execution plan are all qualities that allow him to bring more to the table at work.

He recalled the most challenging moment of the climb: When his five-person team had finally made it to the last camp before the climb to the summit after seven weeks on the mountain. They were ready to begin the ascent when a snow storm rolled in, so they postponed for three hours. But after the wait, it still was deemed too dangerous, and they were on the brink of canceling the entire attempt and beginning a descent without reaching their goal. At the last moment – at 3 a.m., just two hours before they would have begun the journey down – their mountaineering expert decided to take a risk, and they began their climb to the summit. Of the success, Christoph said it’s so important to be flexible and never give up. 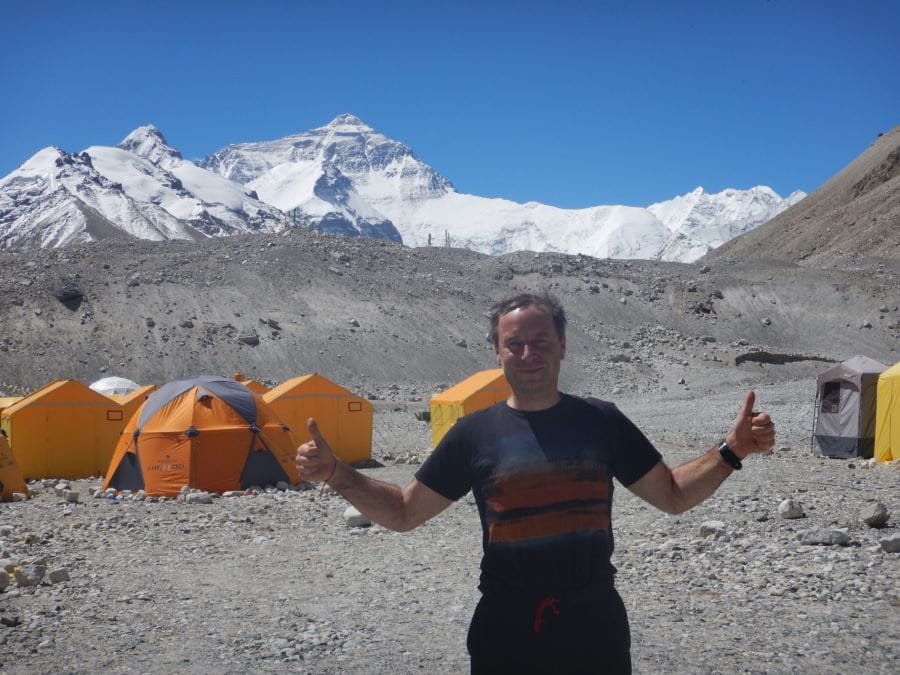 Five years into his Seven Summit vision, Christoph has climbed four of the seven. He said he’s not actively pursuing any of the other three right now – maybe in a few years.

“Now I have time to live my other life, make more time for my family and do my job at 100 percent,” he said.

But that trust – at home and at work – is still there, and whenever Christoph sets his sights on his next mountain, he knows he has a support system that will help make his dreams a reality.