For the past couple of years, I have been listening closely to the conversations and narratives that surround International Women’s Day. While no two stories are the same, there are some unrelenting themes: microaggressions that have become commonplace, the continual questioning of female competency and an everyday culture of discrimination and sexism that reverberates across teams, functions and geographies. Even against a backdrop that shows us real progress is being made, I understand the pain of these experiences, having endured them personally across 15+ years in male dominated cultures. And I’ve found that often I leave these conversations and discussions feeling more hopeless than empowered.

That tide changed quickly when I started to look for answers within Avanade. More specifically, when I look at one woman who has charted a course that is so unapologetic and bold, you can already start to see the legacy she will leave behind her. She is of West Indian and British descent, first in her family to attend University and an absolute force to be reckoned with. When she entered the realm of the handful of women tech CEOs, she galvanized a purpose for the 56k people organization she led. For Pam Maynard of Avanade, the purpose was to make a “genuine human impact”. And in the context of creating the next generation of female leaders – she’s already made a mark. Today, 60% of our Board of Directors are female and nearly half - 44% - of our Executive Committee members, and representation has improved across all levels of the organization,

Being a diverse female leader myself, of course I’m proud to look up and see someone like me occupying the highest ranks of Avanade’s leadership. But it is so much more meaningful that the tone she sets translates to behaviors and actions of leaders all across Avanade. The representation is real, and so is the candor and kindness demonstrated by these leaders.

Not too long ago, I found myself in the crosshairs of a disagreement at work, one in which I had to navigate through difficult organizational politics. I was frustrated. No…I was mad. When I couldn’t find a way out, I reached out to some of the most senior members of Pam’s leadership team, both females and male allies. The tone was supportive, and the feedback utterly unanimous: I was right to stand up for my beliefs, my voice mattered, and my value was absolute. Every conversation had unmistakable evidence of genuine concern and sponsorship. This was an organization that practiced what it preached, because it was clear that the tone had been set from the top! During recruitment, when candidates ask, “Why Avanade”, my answer is unequivocal- “it is the kindest organization you will ever work for”.

The story of representation and belonging doesn’t end there. For IWD 2022, the Northeast Women’s Group at Avanade hosted a session with Pam, and I asked the question around whether she had been called “intense” – one of many things a strong female leader could be called - and whether she internalizes this message.

“They are not saying it to my face, and if they are, I am not hearing them nor am I internalizing those messages”. In that moment, she completely reframed the narrative for me. In fact, the message I walked away with was that she was writing her own narrative, and she wasn’t going to let someone else come in and change that. It was uplifting and empowering. Of course, Pam’s story – like all women who are blazing a new trail - is full of challenges, set-backs and naysayers. But this International Women’s Day she shared with us that it is about taking back the power for yourself, writing your own story, building your own legacy. 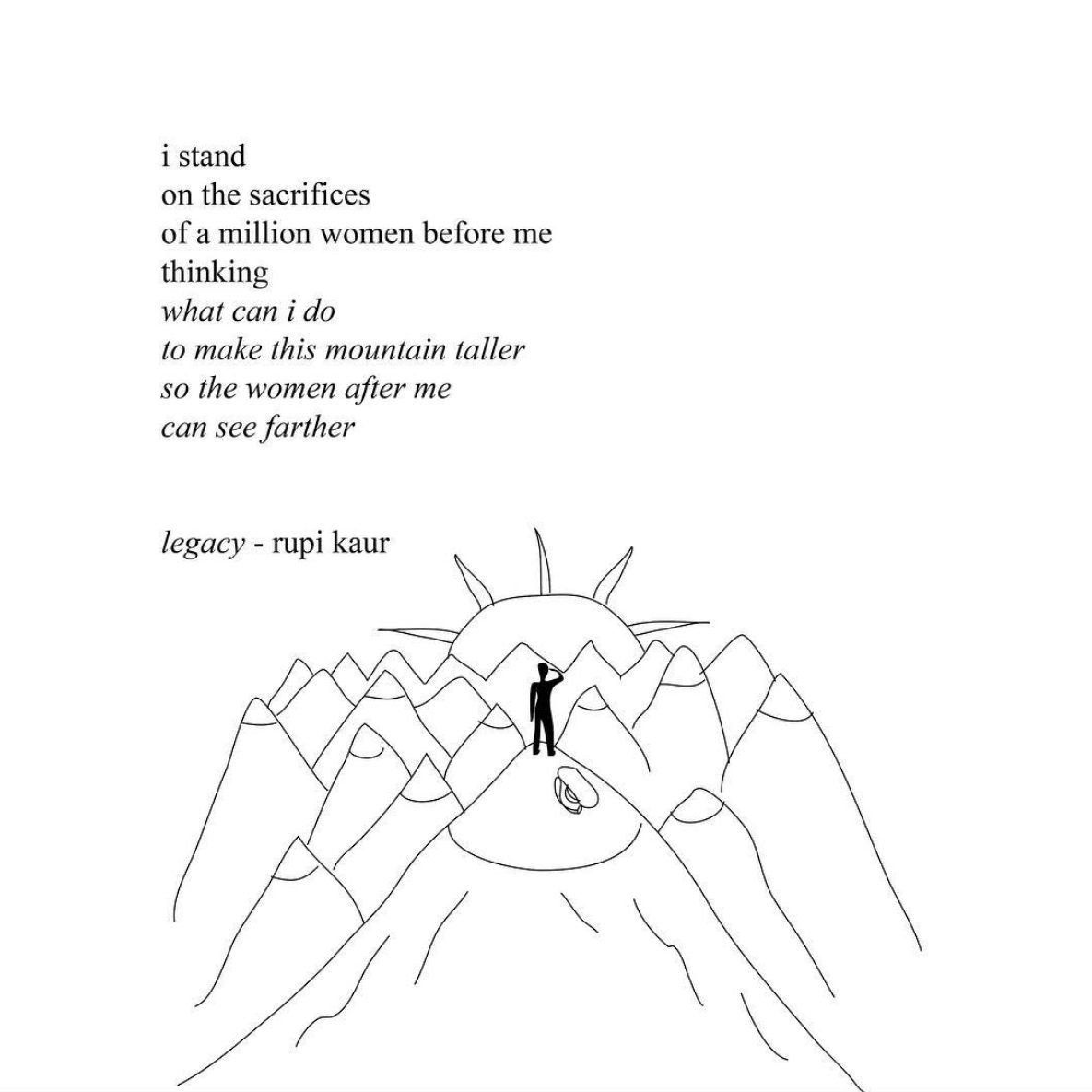 This poem by Rupi Kaur crystallizes so much of what I stand for as a female leader. I feel immense privilege walking the path Pam has forged for an entire generation of women like me. In her footsteps, I choose to lead with candor and empathy. I choose to use the anecdotes of disapproval and dismissal as fuel for my unrelenting pursuit for the better. And I will always choose to elevate the stories of progress, growth, and empowerment to unite and galvanize my team, as we build the fastest-growing data practice in North America.

Today, my team of 65+ data scientists, data engineers and architects are led entirely by women. When I hear those leaders - Laura, Neelam, Gilat, Lauren or Laj - run a town hall, assemble a pitch deck and coach others on the team, my heart swells with pride. In their fierce determination to continually up-level, I see the new face of Data Science. In their inclusive and candid attitude, I see the hallmark of servant leadership. And in their unapologetic penchant for writing their own stories, I see the very foundations of my own legacy.This IWD, my personal stories of microaggressions and sexism are barely a footnote to the immensity of the stories they have yet to write.

The tide is certainly changing. I can envision the faces in tech evolving too, slowly at first, then more quickly until one day we are truly a representation of the diverse world we live in. And the next time my competency is challenged, my voice diminished, or my intensity is taken to task, I’ll confidently reply “I can’t hear you over the march of the army I am building”. My team represents a battle cry for a story that is begging to be written: empowered women empowering other women. I am taking back my power, reframing my narrative, and building my own legacy.