I chose to join Avanade in 2018 because of the expectation that I’d be able to own my career. The challenge associated with being given freedom, however, is the assumption that everyone is free to choose a path. For young Black boys, representation in U.S. culture is usually limited to a subset of musical genres and professional sports. External expectations from mainstream media, family and peers many times limit their dreams, encouraging Black boys to give their bodies rather than use their minds to find success and purpose. Creativity, art, leadership and ownership are not celebrated or expected from Black boys, especially in a society where they see themselves overwhelmingly represented on the basketball court or football field but rarely as a coach and where they see themselves in very few movies but rarely in the director’s chair.

At Avanade the sentiment of “own your career” permeates conversations around project leadership, continuing education and community engagement. As member of the INSPIRE community, our newly launched employee resource group for Black employees, I feel empowered to support causes that pertain not only to my personal experience but also those that support Avanade’s commitment to inclusion and diversity.

Through partnerships with BAM (Blacks@Microsoft) and Houston nonprofit Legends Do Live, our Vice-Chairman of INSPIRE R.J. Haynes had the great opportunity to moderate an intimate conversation about agency and the freedom to dream with Martellus Bennett, Super Bowl champion, creator and author of “Dear Black Boy,” at the Microsoft Store at the Galleria.

Martellus shared his story of being drawn to art and a desire for creative agency as child. But given his background and upbringing as a young Black boy, he was constantly encouraged to focus on athletics rather than his own aspirations. Now, given his successful football career and his passion for education, he is taking the opportunity to give voice to the idea that parents can encourage children to follow their own path to joy. He is using his influence to create a media platform where Black boys can find representation as future leaders in any profession.

At Avanade, owning our career is a call to push for more agency and representation. I am thankful for Martellus’ words of encouragement, his story and his passion for art and culture. I am INSPIRE’d to use my voice and position not only to support the younger generations, but also my peers who are raising future leaders, and my colleagues who are working toward their own professional excellence. 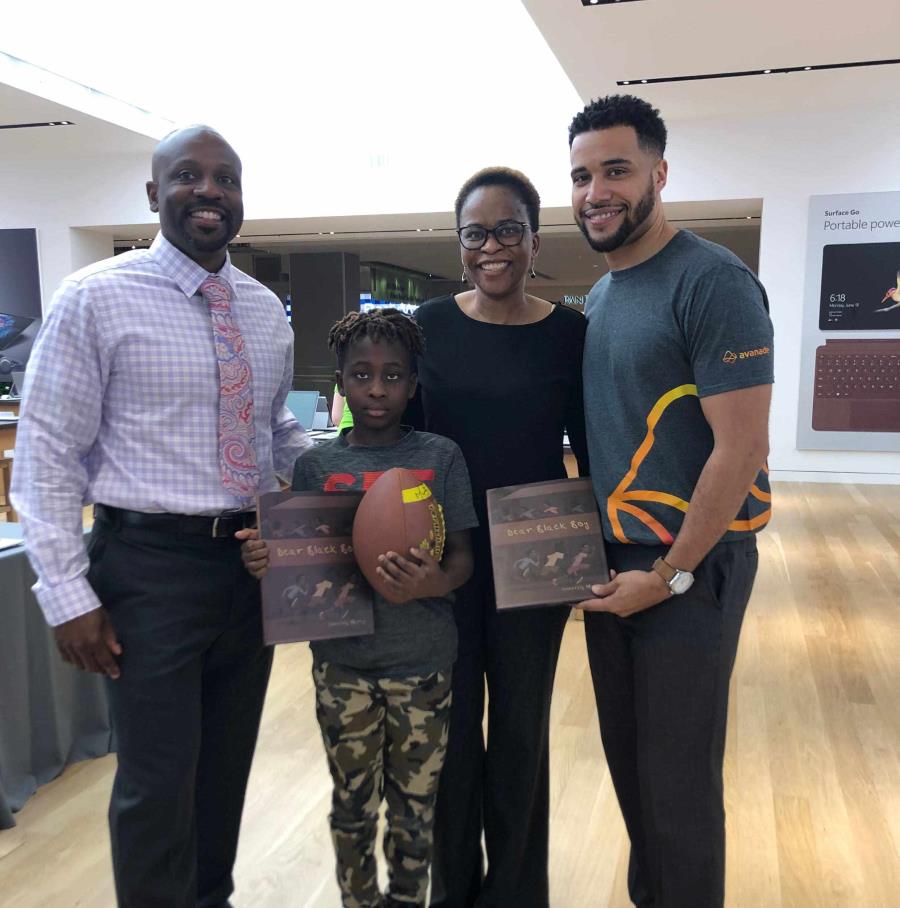