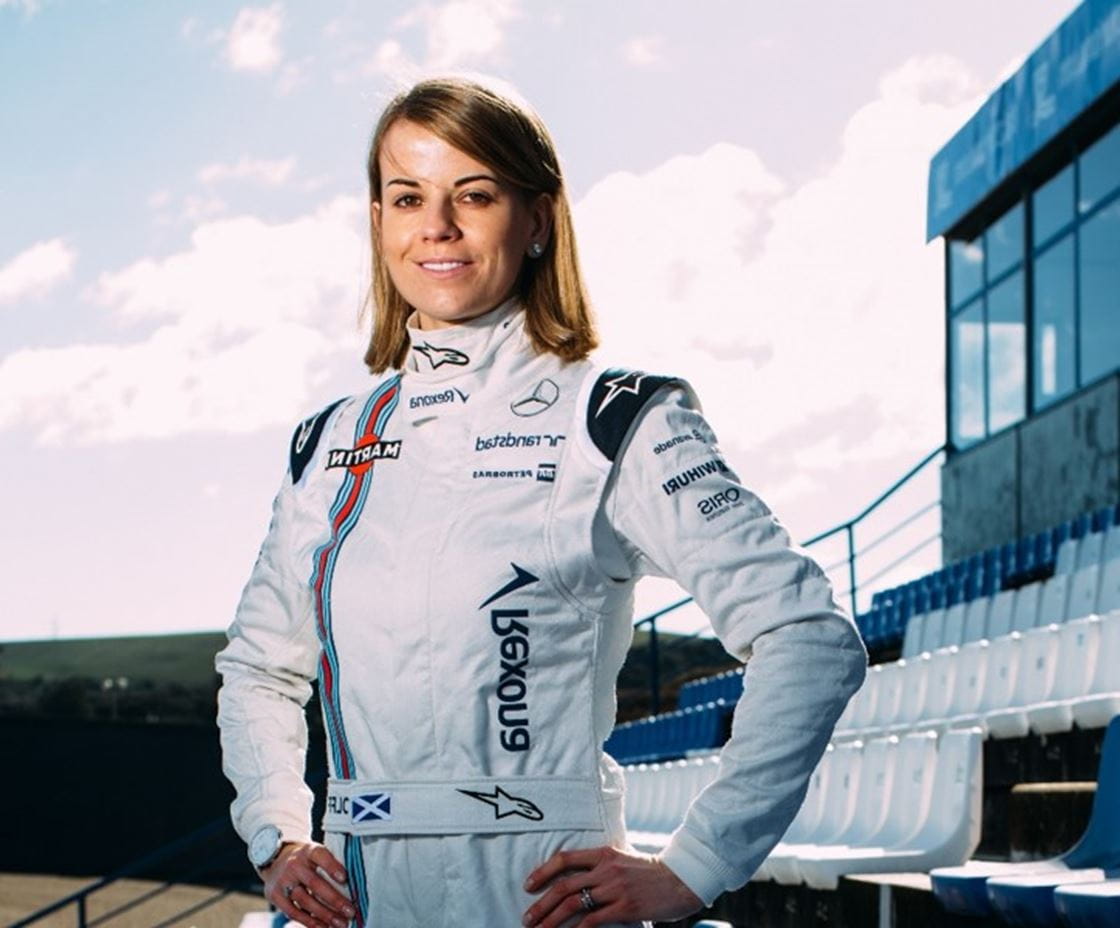 Formula One driver Susie Wolff is no stranger to adversity. She's had to constantly knock on a closing door throughout her career despite her obvious talent, speed and professionalism in order to reach her goal of becoming one of only four women within a decade to drive a Formula One car.

This year marks her first as the official test driver for the Williams Martini Racing Team following a stint as development driver from April 2012 through the 2014 season.

As Avanade ends our week-long celebration of International Women’s Day and kick off our partnership with Williams Martini Racing Team at the Australian Grand Prix in Melbourne March 13-15, we thought it only fitting to speak with Susie about the role of women in the sport of Formula One—and why it’s so critical to never give up on a dream.

@Avanade: It takes grit and determination to succeed in the world of Formula One. What’s been your biggest lesson in your Formula One journey—and how has that lesson shaped your career?

Susie: Never give up. There have been many tough moments in my career but I always believed in myself and never gave up.

@Avanade: This year’s theme for International Women’s Day is Listen, Learn and Lead. Of these three characteristics, which do you credit most for getting you to your current role in Formula One?

@Avanade: As a woman in a sport dominated by men, what do you hope will be your biggest impact on the sport as a whole?

Susie: Well, I never set out to have an impact or prove what a woman could achieve in F1. I simply want to be the best racing driver I can be. However if my presence can inspire just one girl to believe that motorsport is a viable option for her then I think that is positive.

@Avanade: What does the sport of Formula One stand to gain by having a larger representation of women in it?

Susie: F1 is a performance based environment so each position in our team has to be filled by someone who is capable. This is not defined by gender but by pure performance. We have some fantastic women in our team and in the F1 paddock. They are there because they were the best person for the job, not because someone decided to employ a woman. It's time to look past gender and actually focus on capabilities.

@Avanade: What advice would you give to women who, like you, are pursuing careers in industries dominated by men?

Susie:  Simply go for it! Follow your passion, work hard and don't be afraid to speak up. Yes, it is sometimes harder to earn the respect initially in a male dominated environment but focus on the performance you bring and let the rest take care of itself