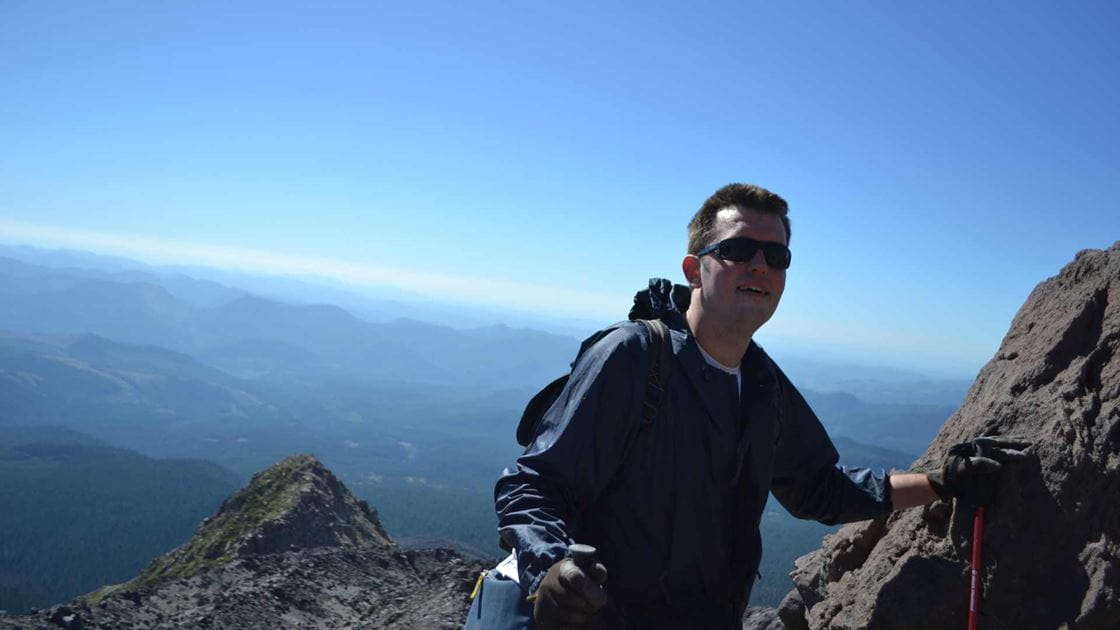 Proud alumni don their schools’ colors and root for their teams, they come back to campus for reunions and homecoming events, and they keep in touch, knowing that though they’ve moved on, they’ll always have fondness for the institution they graduated from. In a way, it will always be home. It’s no different for our Avanade alumni. Once you go orange, you’re always orange.

Avanade News: What was your role at Avanade?

Simon Moyse: I started in 2002 in our European Finance Service Centre as European Revenue Accountant. We were very small back then, so this role included invoicing, cash receipts, project setup, revenue recognition and a bunch of other things too. That’s probably a team of 10 people now! After two years, I was lucky enough to be offered the opportunity to move to the Seattle office, meaning an exciting international move for myself, my wife, and my then 10-month-old son. In Seattle, I performed the role of U.S. Revenue Accountant for several years before then taking Finance Manager responsibilities for the Global Delivery Network and the Platforms, Services and Offerings group.

Avanade News: What did you love most about working here?

Simon: The old saying that “if you love your job, you will never work a day in your life” really applied to my time at Avanade. It was always such a positive, supportive environment – everyone working together toward the same goal. The work was always varied and interesting, particularly in the early days when there was so much going on and things were changing so quickly on a daily basis. Above all, there was such pride about seeing the company grow and feeling a part of it.

Avanade News: What came after Avanade?

Simon: My family and I moved back to the U.K., and I started working as Financial Planning and Analysis Manager at Micro Focus, a large British software company. During the course of my time there, Micro Focus merged with Hewlett Packard Enterprise’s software business to become the largest U.K. technology firm on the London stock exchange, which was quite the milestone. I then went to the opposite end of the scale, working for Immersive Labs, a small startup providing online, gamified cybersecurity training to IT professionals. Now, I am at Arcadis Gen, a new global digital business that is part of the large Arcadis group. Arcadis Gen feels eerily similar to Avanade circa 2003, being a small industry disruptor that is owned by a much larger backer, with all the benefits and challenges that this can bring!

Avanade News: What are you most proud of in your career?

Simon: I think the way I have been able to develop different parts of myself. When I first joined Avanade, I wasn’t the most confident or outgoing person, and I used to get incredibly nervous presenting to people. Over time, though, I realized that I knew my topic, and I had the backing of the team around me, and that gave me more confidence to express myself. Now I talk with CFOs and other leadership members on a daily basis and I feel fine with it, although it does still generally still require a deep breath before I start! Now I am something of a veteran, it feels good to be able to use my experience to really make a contribution wherever I go, and I have been incredibly lucky to have had a career that has taken me to such interesting places, both literally and metaphorically.

Avanade News: What advice to you give to people just starting out in their careers?

Simon: I think that the most important thing is to be part of a team where you are valued and supported. I was very fortunate at Avanade to have a whole bunch of managers (they know who they are!) that made me feel important and supported me in venturing out into things that would help me develop as a finance professional. Taking on new challenges can be difficult, but when you feel confident in the backing that you have around you, it becomes much easier. Avanade absolutely set the benchmark on that for me, for which I will always be eternally grateful.