Avanade celebrates IWD around the globe

I had the honor of co-chairing this year’s International Women’s Day global initiatives at Avanade. Although very exciting, it was a daunting task to organize this global event, which is Avanade’s single largest gender awareness activity for our company. This was the fourth year that we have celebrated the event and making sure we had global participation and local events that were bigger and better than the past took a lot of effort and teamwork from colleagues from around the world.

In the 10 days leading up to IWD, social media messages expanded Avanade's reach to as many as 36,578 people. This was very thrilling for us as it is the first time we have had such vast external awareness around our IWD involvement. We also broke our record when teams in 57 locations around the world participated in 75 events in recognition of International Women's Day 2016.

Led by a marquee event in Toronto, Canada, that was live-streamed to 23 countries, Avanade celebrated this year's theme, Everyone Counts: A Pledge for Parity, in multiple ways. Here are a few examples:

The events and activities around the world set a strong foundation for continued IWD momentum. Avanade Chicago has scheduled another high school session in April. In New York, Take Your Child to Work Day event planners are building on the IWD theme and approach. And building on the successful STEM workshop in Minneapolis, all locations celebrating Take Your Child to Work Day will be encouraged to facilitate an "hour of code" during their events to continue momentum and excitement about STEM-related fields for Avanade children.

We have set a strong IWD foundation and I am thrilled to see the continued cadence. I’m excited to see how we raise the bar even further next year.

Learn more about Avanade's observance of International Women's Day 2016 by watching this video: 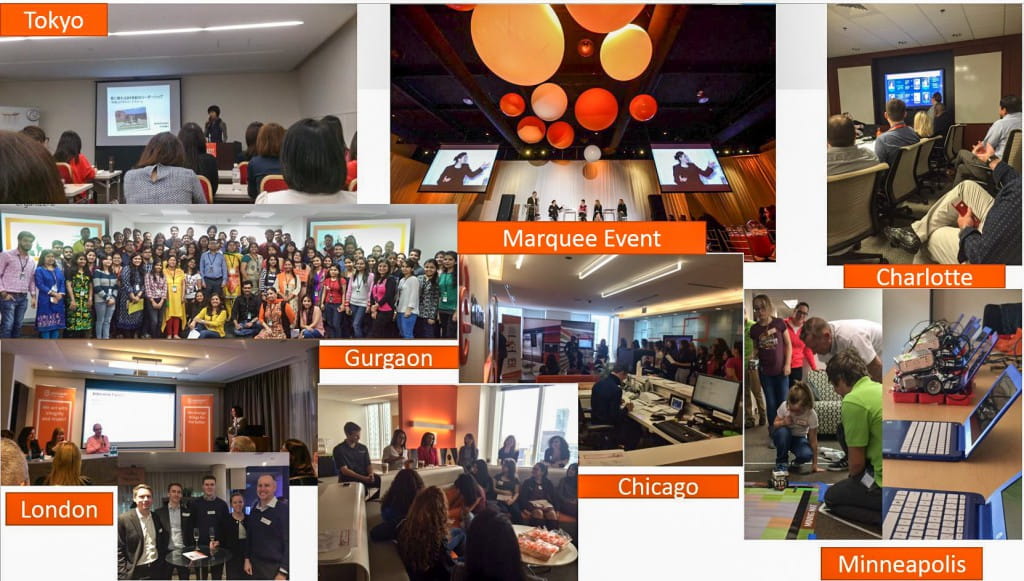