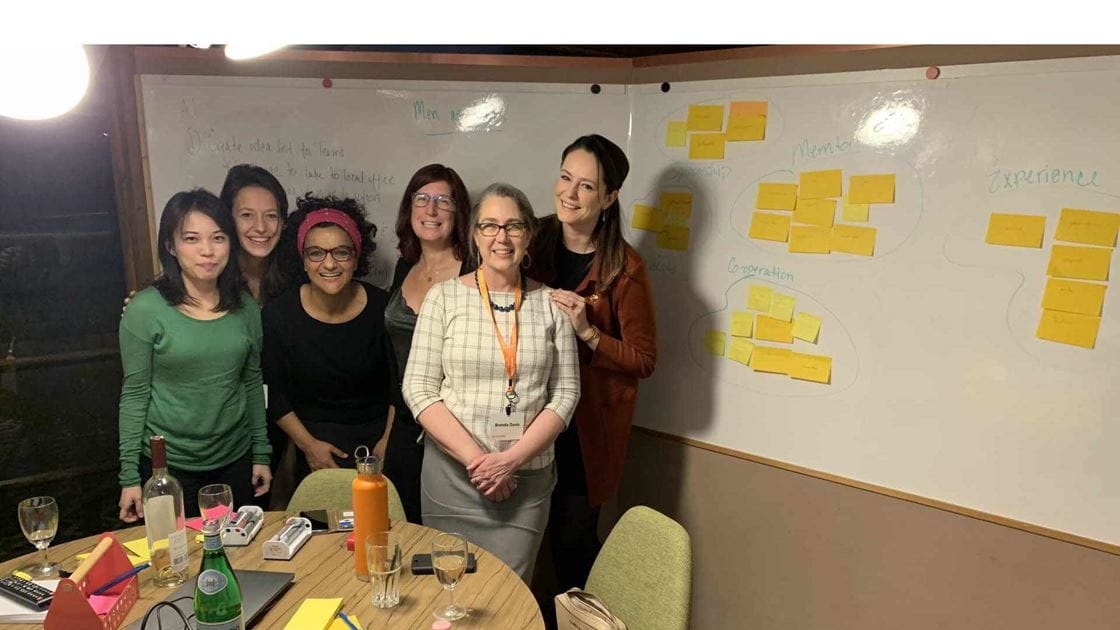 Looking back on my career thus far and how I ended up at the Avanade Leadership Program for Women (ALPW), I’m filled with a tremendous sense of pride and honor. In all honesty, I never thought a leadership role at an IT services company was even in the cards for me, let alone being selected for an exclusive training program that only holds 30 seats every year.

Born and raised in the tiny heart of Europe—Belgium—I had a passion for different languages and communication, which is considered very useful living in a small country, surrounded by international opportunities with neighbors like France and the Netherlands. With a master’s degree in communication sciences in my back pocket at the age of 21, the prominent question I had was: Where to go from here? Relentless job searches didn’t really give me that “aha” moment where everything fell into place. Instead, I turned to my student job experience in retail and stayed in it for nearly two years.

It wasn’t until an informal conversation on a Friday night in a bar changed my professional career for good. The person I spoke to was working in IT consultancy in a sales role and after a long conversation he felt I would be the perfect candidate for a junior marketing position they had open. Marketing at a tech company? I wasn’t sure this was right for me, or if I would be good enough for the job. Lo and behold, the interview went well, and they chose me for the role. What then happened I can only describe as one of the steepest learning curves of my life, where in a matter of months I not only learned about the ins and outs of marketing, but technology and consultancy too. I gradually gained confidence in my abilities and never left the marketing world since.

It was only when our CEO Pam Maynard gave a keynote during the ALPW that I understood I had been doubting myself throughout my early career, and that things would have ended up so differently if it wasn’t for this one person who saw the potential in me. Pam had sponsors along the way that believed in her and advocated for her, and she fought her own doubts to be courageous and take on new challenges even if that scared her immensely. For me, this is the most impacting topic at ALPW we discussed, mastering your inner critic. I knew I was tough on myself, but as it turns out women in general are much harder on themselves than men are. We’re wired to seek perfection, be perfection, and it took a leadership course to make us realize that we aren’t, and that it’s OK not to be.

My experience at ALPW really changed my perspective on other women too. There couldn’t have been more diversity in our group, and it made me realize that I’m not alone in this journey. We supported each other during this three-day course and learned that we are so different and unique as individuals, yet we have so much in common. We want to grow and be successful in our professional careers, as women in tech. This realization will help me in supporting other women at Avanade, whether they are in a leadership position or just starting out in their career. The fact of the matter is, supporting others will help them grow, be confident, courageous and happy, and will ultimately help battle their inner critic. In an environment that is still dominated by men, that’s how empowered women truly empower women.

Supporting others was the common denominator during the ALPW course. From Pam Maynard’s journey to Suzanne Dann’s keynote, it’s clear that having someone to sponsor or promote you plays a vital role in your career progression forward. From the very first job interview I landed to where I am today, the influence of people supporting me was career defining. My best advice to others is to look at it as a two-way street. Be conscious and intentional in finding or identifying the people that can support you, but actively seek to support others too.