When I look up, all I see is women 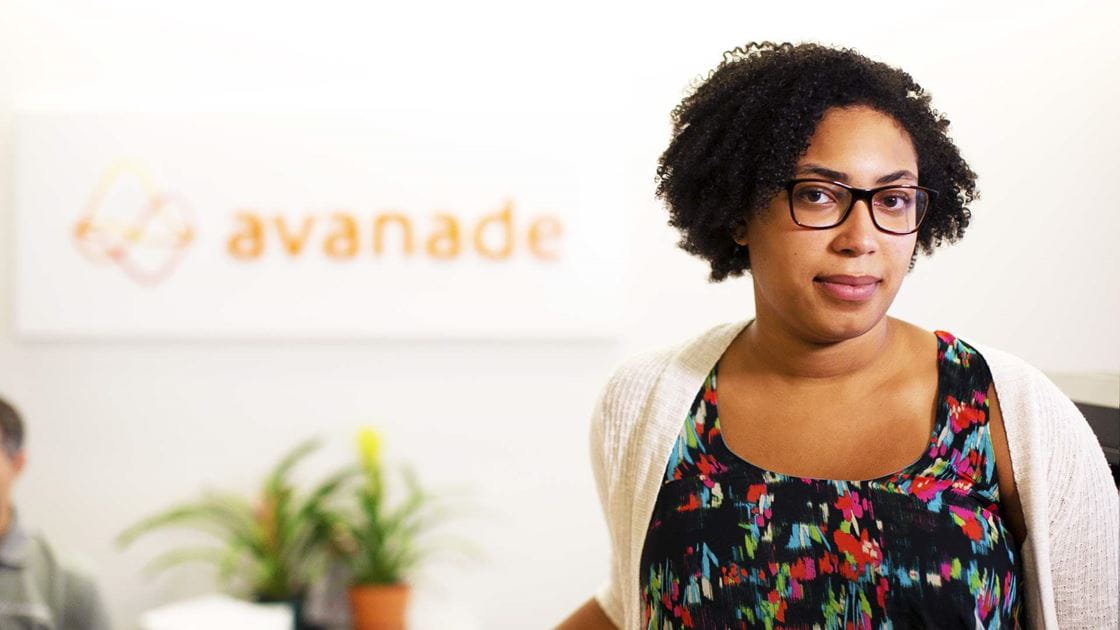 I began my career at Avanade as an intern in our Chicago office. I never set out to work in tech and I had no idea what working for a tech company would be like, but I’d seen movies, so I figured it would be something like a bunch of guys in white T-shirts who never looked up from their desktops as they wrote code. But when I came in for my final interview and met with only women, I knew my expectations would be challenged here. Yes, I work for a tech company, but I’ve found that most of my day is spent interacting with people and using technology to communicate people’s stories, which is definitely the best of both worlds.

After a year as an intern and college graduation, I joined Avanade full-time. Right as I was transitioning from intern to working full-time, Pam Maynard was announced as our CEO-elect. As a black woman entering the tech industry, I never really expected that I’d be able to look up the chain of command and see people like me. But here I am, able to learn from my bosses and mentors who have forged the path ahead of me and given me opportunities I might not have had a generation ago.

I got to meet Pam a few weeks ago when the Avanade Executive Committee was visiting the Chicago office. Even though leaders at Avanade are pretty approachable, I’m right at the start of my career, and the idea of walking right up to our leadership is kind of intimidating. Imagine my surprise when Pam walked right up to me and introduced herself. I told her how excited I was that I was able to see someone who looks like me as CEO, something I never expected to see during my lifetime, especially fresh out of college.

Her reply was also something I never expected. “I’m happy to see people who look like you in the business,” she told me. In that moment, I felt equal and important in a way that I imagine many 21-year-old black women never get to.

It’s not just Pam. From where I sit as an analyst, all the way up to our CEO, every role up my chain of command is occupied by a woman. For this to be the case, a few things must happen: Avanade has to have a commitment to hiring women in leadership roles. The company also has to have a strong, inclusive culture that supports that commitment. And finally, I had to be lucky enough to start my career at Avanade at the right time for all these roles above me to fall into place. Like I said, I never set out to work in tech; I also never expected to work at a company that gives people like me the opportunity to reach for the stars and not be limited by gender. And I’m so happy to be somewhere like Avanade, where my expectations are challenged for the better every day.