Want more women in tech? Make the space for them. 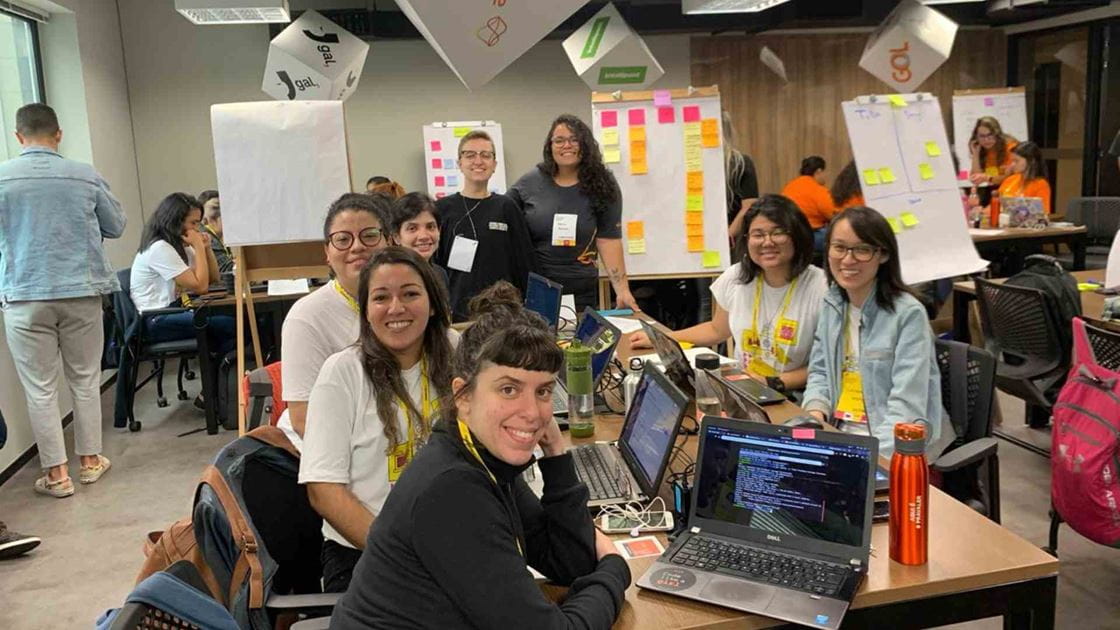 The technology market is one of the fastest growing in recent years and has everything to continue this growth exponentially. In 2019 alone, it grew by 118% in Brazil, according to a survey conducted by Empresômetro, a business intelligence company.

With this expansion, more and more professionals and young talents seek to specialize in various areas of technology to accompany the market and guarantee their place of success.

Programming (or development) is one of these areas and currently has 40% of IT professionals, being the most promising within technology. With a large percentage of growth as well, a developer career gains more and more space in startups and consultancies.

But an interesting fact about everything mentioned above is the increase in the presence of women in the program. Why is this happening? But maybe let’s ask a different question: Why couldn't it happen?

For many years, women have been gaining space in professions that were once little occupied by them. Engineering, science, politics and technology have increasingly adopted professionals and committed leaders who have served as an example and inspiration for more and more women pursuing these careers. Technology in particular is a promising career path for women to pursue.

However, there is still a wide gender gap for developers, which is why it is important to continue to demystify this image that technology is a market for men only. How to do this? We have to create space for women who see growth possibilities in this career.

Career trend: Women, we want you!

It was through this thinking that several female empowerment programs emerged within the area of technology, and especially development. Avanade Brazil, for example, has already created Academias for recruiting developers with 50% of the jobs aimed at women.

Recently Avanade Brazil sponsored Talent Fest Laboratoria, a hackathon lead by Laboratoria, an institution that teaches women who are in a career transition or in social vulnerability. These women participated in programming classes during six months with the hope of becoming developers. At the end of the training, the women were able to participate in the hackathon.

The Talent Fest event had teams formed by women, and each team was sponsored by a company. During this event, each group must resolve a challenge – the group mentored by the Avanade innovation team worked to develop a face recognition tool. They received great feedback from the evaluation board at the end of this two-day event, and the team sponsored by Avanade got first place!

The Brazil talent acquisition team was able to observe the young women during the Talent Fest and after the event was over, 11 of them were recruited to start as Avanade employees in June.

We are also partnering with another institution called Reprograma, which teaches women with social vulnerability about software engineering. In February, the talent acquisition team participated in their Speed Hiring event, and four female candidates were hired and will begin at Avanade in June.

Many of them even consider it a chance to venture into the programming world, something they might have not considered when they were growing up because girls are so often encouraged to pursue other things. But the good news is that with so many points of encouragement, this preconception that programming is for men is changing, and today we have a growing involvement of women who want to learn about creating websites, applications and becoming great developers.

As a partner in these institutions and seeking to increase the number of women in technology, Avanade absorbs these newly formed talents into the company, making a human impact for our clients, but also in the lives of these young women.

To women out there considering a career in programming: There is a place for you at Avanade.