Reasons to believe: Why we became LGBT+ allies

Avanade’s LGBT+ Ally Week is a five-day event that aims to raise awareness about the LGBT+ (lesbian, gay, bisexual, transgender and intersex) community. It’s called LGBT+ Ally Week because we want to encourage colleagues to become allies for our LGBT+ co-workers.


Anyone can be an ally. Reasons for getting involved in LGBT+ initiatives as an ally are as varied as we are. Some people may be driven by a strong belief in inclusion and essential human rights, while others may want to show support for family, friends and loved ones who are lesbian, gay, bisexual, transgender or intersex. Others may want to make new friends or offer their skills to contribute to an initiative that can truly make a difference. Sometimes, allies simply feel that striving for equality is the right thing to do.

Whatever the reason, LGBT+ inclusion is vital to the success of Avanade and its people. Here’s what some Avanade colleagues have to say about why they became LGBT+ allies. 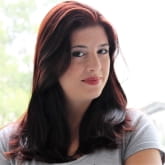 I became a member of our Prism LGBT+ Employee Resource Group because I believe that all people deserve equal opportunity regardless of their sexual orientation, and this is a subject that needs to be openly discussed. Brazil is seen as a very open-minded country, but it is not. The prejudice, even if unconscious, is in our day to day. Today we have almost 30 people at Avanade Brazil who come together to discuss and to take actions that help us to practice the commitments of a more inclusive society – a society that recognizes the rights of the LGBT+ community. 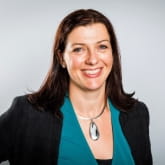 I choose to be an ally as it aligns with my values. We should all be treated without prejudice regardless of how we live our lives. Using this approach   in my life, I find it brings out the best in people and leads to a more harmonious and productive environment.

Starting a new career is a daunting chapter for everyone, and as a graduate fresh from university, it can be even more so. For myself, the culture and   diversity of the organisation I was to begin my career with was a really important consideration. I wanted to be surrounded by a diverse group of   people who fostered a culture of inclusion and knowledge sharing. More importantly, I wanted to work in an environment where the people were   happy and could be themselves.

It’s my third month now as a graduate at Avanade, and it’s safe to say that I’ve been impressed by how inclusive and diverse the organisation is. In   three months alone, the Melbourne office (along with the others) have celebrated women’s rights, cultural diversity and the LGBTQI community. The   people I have met come from all sides of the world and share the same values around the importance of health and well-being at work. It’s a great   feeling knowing that I’m starting my career in an organisation that takes the diversity and well-being of their people so seriously, and I look forward to being a part of this inclusive community for the years to come. 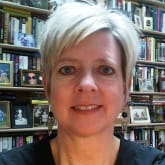 I got involved in our Prism LGBT+ Employee Resource Group to help the team develop messaging and content that would increase the visibility of   Prism and support Avanade’s commitment to LGBT+ inclusion. The next thing I knew I was signing our Ally Pledge.

Why? Because at Avanade, we believe everyone deserves the opportunity to succeed. Being an ally is one way to help make that real. Plus, you get to   work with a great group of people doing great things.